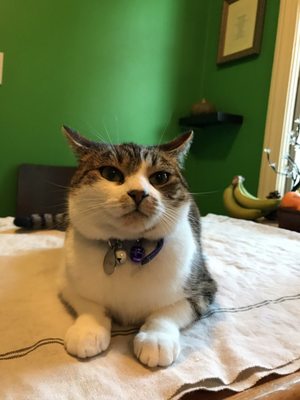 There are no reviews of
PAWS Cat City.
Be the first to ⭐ Write a Review.

PAWS Cat City is located in the University neighborhood of Seattle and has adopted out more than 10,000 cats and kittens since opening in 1997. Its open-colony setting, with cats and kittens staying in rooms rather than in cages, provides an opportunity for visitors to interact with the cats, see how they interact with each other, and get a ... More

PAWS Cat City extends our reach into urban Seattle and is located in the University District. Located in Lynnwood since 1967, we began as a spay/neuter clinic, soon became a shelter for homeless dogs and cats, and in 1981, opened a Wildlife Center to fill a community need to care for sick, injured and orphaned wildlife. More

Pets for Adoption at PAWS, in Lynnwood, WA | Petfinder

PAWS is a champion for animals—rehabilitating injured and orphaned wildlife, sheltering and adopting homeless cats and dogs, and educating people to make a better world for animals and people. Adoption Policy More