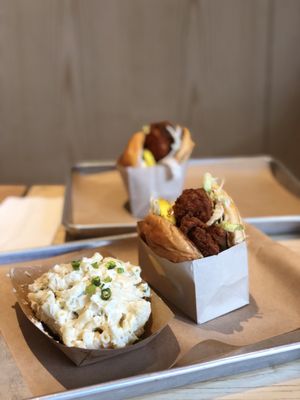 There are no reviews of
Maono.
Be the first to ⭐ Write a Review.

325 reviews of Ma'ono Fried Chicken "After seeing this location had suddenly opened up inside the brand new Rachel's Ginger Beer, I had to go check it out. The fried chicken at their restaurant in West Seattle is legendary so being able to order it as a sandwich with levels of spice ranging from "naked" to "bring the pain" was too appealing to pass up. More